One of Tooty's first ever kits! Re-released with NEW elements!

"A Summer's Breeze" was Tooty's part of the Grand Opening Collab for KatelynnsDesigns, now available individually by each designer in their respective stores. Tooty has since added more to it to bring you a taste of summer.
A bright and cheery kit to put you in the mood for the coming summer months.
Hope you like.....Love to all from the PUP 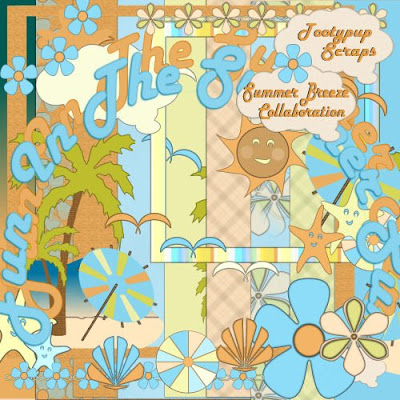 Kit is FULL SIZE and now available in ALL STORES Tooty sells at.
Posted by Stina at 2:11 AM